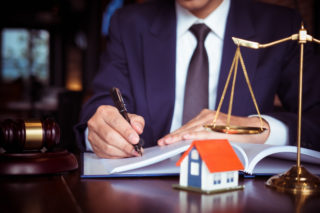 The Texas Legislature recently repealed the Texas First Purchaser Statute (Tex. Bus. & Com. Code § 9.343) and replaced it with the Texas First Purchaser Lien Act (now Tex. Prop. Code § 67.002), effective September 1, 2021. This change is designed to give mineral interest owners in Texas assets the same kind of automatically perfected and bankruptcy-resistant first-purchaser protections that interest owners in Oklahoma assets have enjoyed for many years. The importance of this change for interest owners is highlighted by a memorandum opinion by United States Bankruptcy Judge Craig T. Goldblatt of the District of Delaware in the case of In re MTD Holdings, LLC, et al.[1]

The now-deleted Texas First Purchaser Statute granted a security interest “in favor of interest owners, as secured parties, to secure the obligations of the first purchase of oil and gas production, as debtor, to pay the purchase price.” The issue presented in MTD Holdings, LLC was whether the lessors and royalty interest holders’ claims in the bankruptcy case were secured claims. The Court, relying on Section 9.343, held that they were not. The Court interpreted the now-deleted First Purchaser Statute to provide a lien only for interest owners who are entitled to and elect to be paid their royalty “in kind” (i.e., delivery of oil and gas products, instead of cash proceeds). And none of the creditors demonstrated that they had elected to be paid their royalties in kind. Accordingly, the Court determined that none of the creditors held claims secured by a lien.

The newly-enacted Texas First Purchaser Lien Act repealed Section 9.343 in its entirety and created a new statute in the Texas Property Code that grants more expansive lien rights to interest owners. The revised language grants to each interest owner a lien to secure that interest owner’s oil and gas rights that attaches to oil and gas before severance and continues to apply to oil and gas after severance and to all proceeds from the sale of the oil and gas. See Tex. Prop. Code § 67.002. Under this new statute, whether the minerals are severed, paid in kind, or sold to a third party, the interest owner will have an automatically perfected lien to secure its rights to payment.

This revision moves Texas more in line with states like Oklahoma, which revised its own First Purchaser Statute in 2010 to similarly provide that a lien attaches to an owner’s interest in the oil and gas property in lieu of a security interest tied to production.